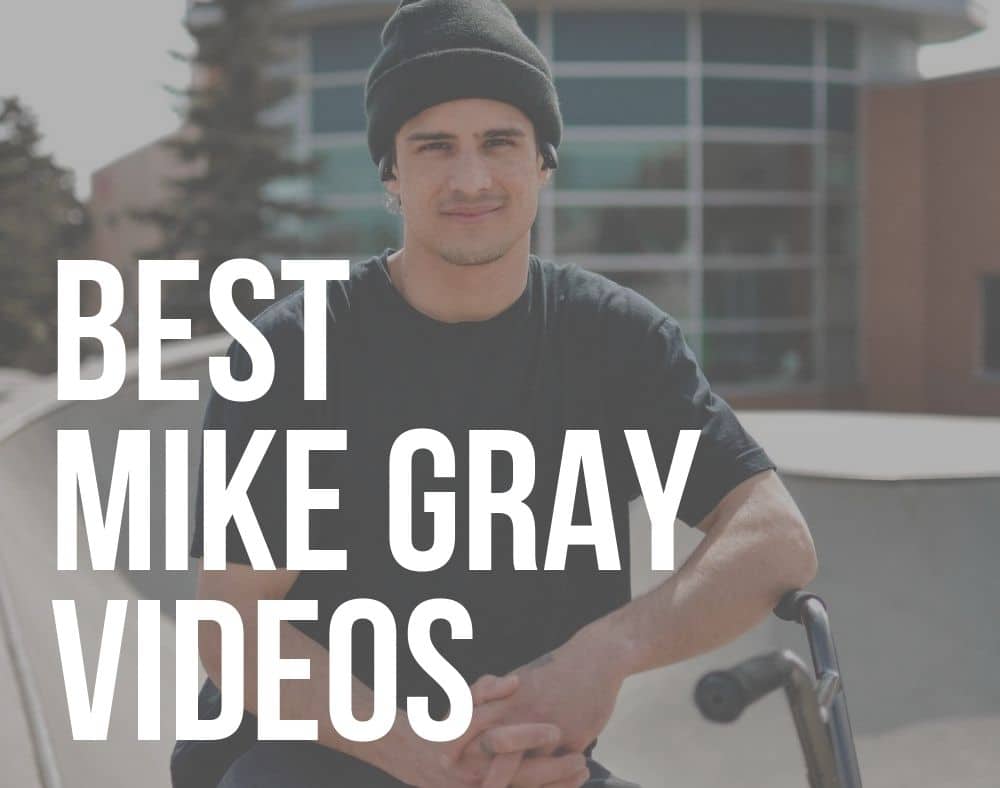 These best Mike Gray BMX videos will get you hyped for riding whether you’re into streets, parks, bowls, or trails – WHATEVER!

Mike is an all-around shredder without fear of going big with insane roof drops or extremely technical.

Yes, this dude can do it all.

With ease and smoothness!

Before getting more and more serious about BMX, Mike was very into soccer and lacrosse.

He also says in an interview that his parents were always super supportive (although it took time to convince them about the BMX thing).

But when Mike was 15, he always had a job and could pay for stuff with his money.

When you want to do something badly, you’ll do whatever it takes to make it happen.

Note: Take a peek at the latest Mike Gray bike check and see his epic Haro and Premium built.

Some of Mike’s team riders:

Let’s look at Gray’s Homebound video for Haro BMX from early 2022. This one has an upbeat but somewhat chill vibe with riding that has absolutely no chill.

The opening clip is a 180 to fakie double peg on a rail! Mike always delivers with a nice mix of super technical and burly riding – and this video is no exception to this.

A few standouts are the opposite feeble to 360 tuck no-hander off of a ledge, the fakie tuck up onto a ledge into a fakie manual to fakie whop off the ledge, and the huge wedge to wall footplant to tuck out.

Here we have more of a documentary-style video with Mike Gray.

The video has Mike talking about the harsh Ontario winters and the different activities he can do.

This is a pretty awesome deep dive into something outside of riding, and that is something there can never be enough of in BMX.

At the end of the day, all riders are people and videos like these are a great way to get to know them!

Mike does get some riding in this one toward the end, so if you thought there would be no riding, fear not!

The video might only be just shy of 3 minutes long, but that doesn’t stop it from being absolutely full of bangers from Mike that Joel Fortin filmed.

Mike is no stranger to roof drops, so this video is right up your alley if you’re a fan of them.

Mike’s riding is very well-rounded with an even mix of extremely technical combos and bigger, more burly riding.

Mike Gray has always consistently put out videos throughout his career. Here is a good one from back in 2019 for Vans Canada.

Note: He had been moved to Team Manager of the Vans Canada team at the time.

The video starts with a classic Mike fakie manual on a technical setup, and throughout, there is a wonderful mix of technical and wild riding.

Mike easily handles setups like a big gap to pegs gap barspin out on a setup that makes much more sense to see. And makes tricks like a 180 barspin to tuck no-hander look easy.

The concept for this one is pretty clear from the name – the riding is done after dark.

The video takes place in Toronto, where Mike starts at a skatepark under a bridge and moves into the streets with his technical mastery.

One thing that stands out about this video is the camera work and editing.

The filming is incredible in this video, and the editing leaves no stone unturned, with even the sound design having a polished feel.

Yup, an incredible video all around and definitely one that you’ll enjoy!

If you were to make a list of all of the riders in BMX and how many edits they have, Mike Gray’s name would no doubt rise to the top.

Here’s one from the end of 2018 for Haro called Indian Summer. The video takes place in San Diego, where Mike took a break from winter and delivered on some solid riding.

In classic Gray fashion, the video starts with several lines featuring a tuck to fakie manual combination – they just never seem to get old.

There’s also a fair share of burly tricks, making for a thoroughly enjoyable video from start to finish!

When Mike Gray’s name pops up on a video, there are going to be roof clips.

This video is no exception and even opens with 3 different roof clips in the first 30 seconds!

After the burly roof drops, we get a few highly technical riding combos that Mike is well-known for before returning to another roof drop.

Mike’s balance, skill, and bravery are undoubtedly on display and unquestionable here!

While Mike Gray is most known for his incredible riding in the streets, Canada gets cold. Yes, sometimes, he is forced inside.

Here we have a video from early 2017 for Premium composed of nothing but Joyride clips.

With 3+ million views (!), this Mike Gray video for Haro Bikes has to be a banger.

The video opens with a huge toboggan gap and wastes no time getting technical with tricks like a tuck no-hander to manual down a ledge to barspin.

Mike also gets straight into the roof drops in here as well. The description says he spent 9 months on this one and it was definitely 9 months well spent.

Hit play and see what 3 million others already know about!

Mike Gray has ridden for Haro for quite some time! Here we have a video from back in 2014 that’s uploaded to the OSS YT channel.

It’s always super cool to see how riders progress over time, and from a few clips in this video, Mike has always been a fan of roofs.

It’s also fantastic to see how he has progressed and added to his manual/fakie manual lines over time.

The balance of technical and burly riding is something that Mike has had a handle on for quite some time – and this video is a great mix of both!

It’s amazing to see how well-rounded Mike was even so many years ago.

There’s a great mix of tech combos and burly riding throughout this video, making it a superb watch.

Mike makes even the most technical combos look easy, like a double peg grind on a rail to hop over manual then 180 down a stair set.

Naturally, the roof drops are also here with some massive moves!

Throwback alert!! Mike Gray is killing it for what feels like forever, dropping so many amazing videos.

The video opens in the park section with a massive 360 bar to tuck no-hander then moves to a street section for a wild technical combo, followed by an opposite 360 tuck no-hander.

Being as old as this video is, these tricks alone show that Mike has always been an all-rounded rider, and this is a chapter in his riding career that is worth the watch time. 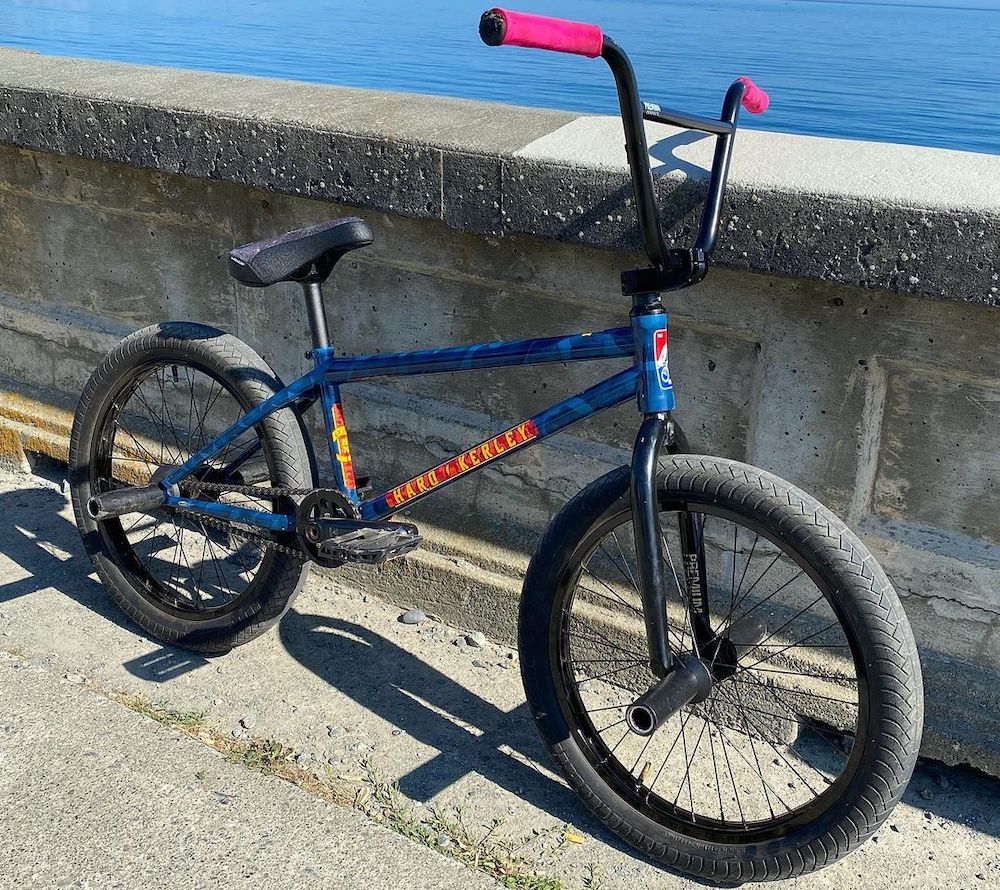 Friendly Reminder: Save Up To 50% On Source! (Click Banner)
Disclosure: The BMX Dude's content is free & reader-supported. I may earn a commission if you click & buy through my links. Your support helps me create the best content & make a difference. Thanks! 🤘
mike gray 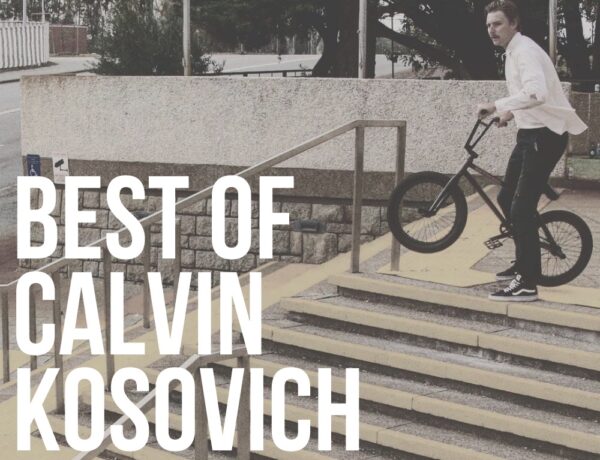 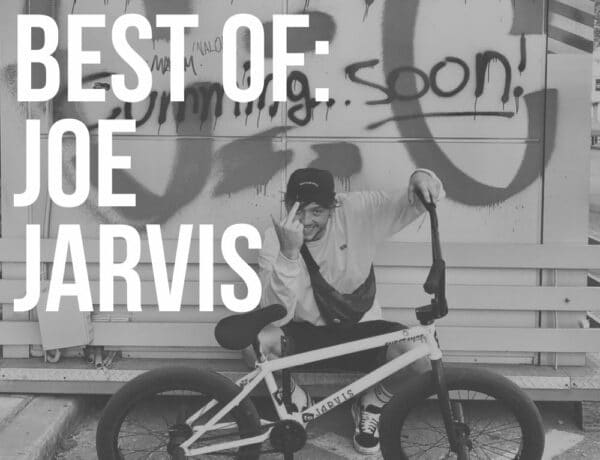 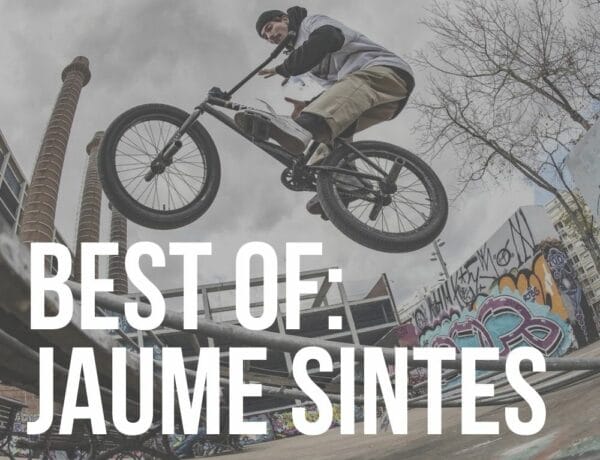