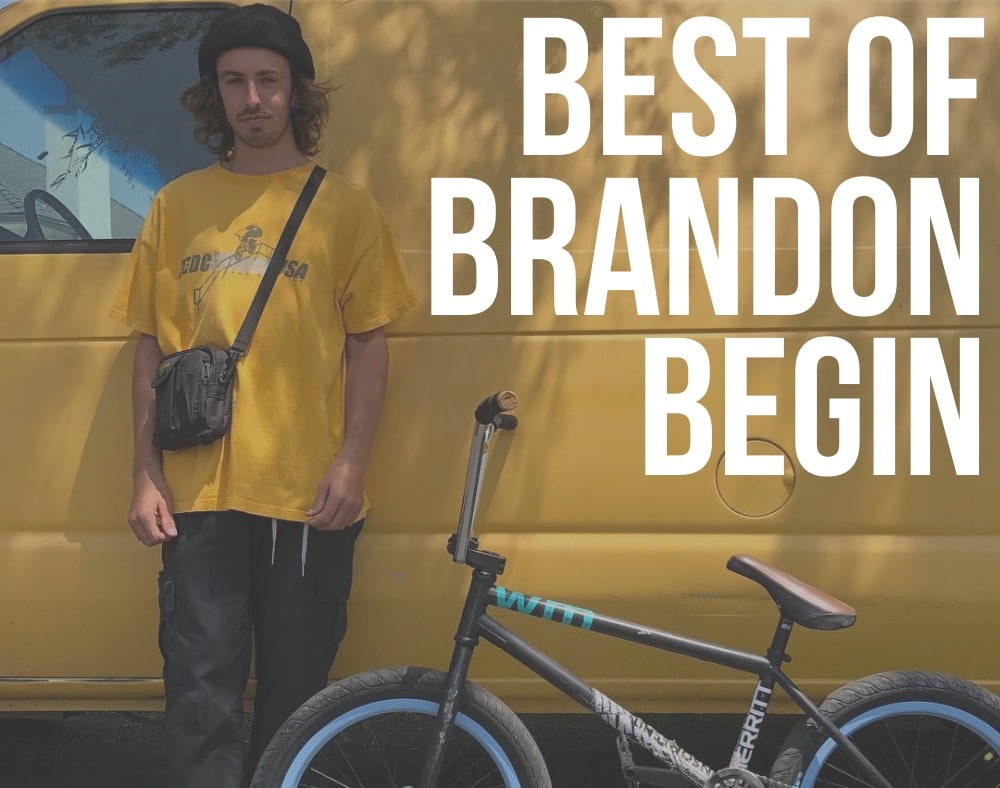 Are you ready to enjoy a bunch of Brandon Begin BMX videos for a dose of unique and technical riding?

This is the best-of collection that I’m excited to bring to you. (Nope, you don’t want to miss these in your life.)

Brandon was born on April 1, 1994, in Connecticut, and started riding when he was around eight years old.

It all happened thanks to his dad. He was friends with this dude who owned a bike store and it all went from there.

Originally, Brandon wanted to ride dirt bikes, but his parents were not into it. Instead, he started doing tricks on a bicycle.

His first bike was a 20″ Diamondback, but he then transitioned to a 16″ Haro.

But his real bike was a Fit, which later ALSO became his sponsor.

Fun fact: On the second time at the skatepark, his dad decided to get a BMX bike, too. Why only sit there and watch Brandon if he can ride, too, right?

If you’d like to know even more about Brandon, you should definitely not miss his No Jumper interview with Adam22 and Catfish above.

I didn’t want it, but I think mentioning that he landed on his face down El Torro is something that BMX riders WILL REMEMBER FOREVER.

For all the street craziness and original BMX bike riding, go ahead and follow Brandon on Instagram.

Note: Videos are listed in no particular order (newer tend to be higher).

Every time a new Begin video drops, I get excited. I really dig his style of riding. Original with a few heavy moves here and there – definitely an eye-pleaser.

This Pro Part that Our BMX dropped in collab with Cult took a LONG TIME to film. If you are a fan of Brandon, you’ll know that some of the clips are super old (it’s the bike setup).

Tons of amazing moves, too many to list here.

The extra-long feeble grind with 360 ice out was fire. And that last 360 to smith was dope, too.

BUT. Everything is great, so I’ll give it another go – right now.

Here’s a dope one for you exclusively. And I am posting it for one reason: even though a web video, it still consists of three little parts.

I’m definitely a huge fan of Brandon, but Trev Mags and Chase DeHart absolutely KILLED it, too.

Since this is the best-of Brandon Begin, well put focus on his part only.

The riding starts at 0:34 and consists of nothing but genuine Begin street murdering.

I think I’ve already watched this one too many times, and it’s definitely a video I will be coming back to regularly.

An amazing collection of unbelievable street riding from Cult’s Brandon, doing it his creative way.

Even though the entire video is more on the tech side, there are still a few big rail moves in here that will blow you away.

Also, Veesh’s filming and editing are on another level, too – as always.

Brandon is a modern street rider who rides more or less on the technical side of BMX. His riding is focused on small objects, but he is not afraid to go big.

This video shows his ability on his BMX bike. In other words, it shows how good he is on his bike.

Some of the stuff you think is easy, but they are far from that in real life.

Yes, they are done on small stuff but believe me, he can do them on some SERIOUS street spots comfortably.

Every sport has a different perspective on why BMX should be an exception.

Brandon has made a switch to a new bike company called Cult, and he immediately started to film for his welcome edit.

Every rider who is new to the team needs some time to fit in, but Brandon skipped this process because this team is like (was) home for him.

He does some crazy rail combos in the begging and then he moves to some technical stuff he is known for. The whole vibe of this welcome edit is crazy.

Typical Veesh stuff and the Cult theme. The last grind on the not-so-typical rail is dope.

In this edit, we can see a different side of his riding. He starts with a banger roof ride to feeble and a nice drop to flat.

You don’t see this kind of riding often from him. Brandon is very creative on his BMX and he can make a spot out of objects that aren’t even considered a spot.

That is BMX in his best form. Spoiler alert: no tailwhips and maybe one barspin; everything else is Begin magic.

7. On Everything by OSS

Wow, this footage goes way back in the day when Brandon started to shine in the BMX world. This edit was made for the brand, OSS (On Some Shit).

I even think this edit was the one that set some new trends in BMX and a lot of kids related to this kind of riding.

I like it when he does a 50-50 grind on a rail and he hops on a double tire ride to fakie. This kind of stuff makes Brandon stand out.

It’s all about OUTSTANDING bike control and tech wizardry and big stuff, you name it!

Right before all of this craziness, Brandon took a trip to Barcelona, Spain, to have some vacation and to get some tricks in this BMX-friendly city.

This dude knows how to enjoy his life off his bike as much as on his bike.

Barcelona is a big BMX playground that offers every street spot you would like to ride, and Brandon Begin used his skills to destroy them with his technicality.

Every spot he rode was probably five minutes, maybe a thirty minutes ride on a bike from his stay.

This is Barcelona, and everything is possible to ride here.

Watching Begin ride two pegs seems ancient history, but it’s not. If that’s something you’re down to, this neat Fit “Junts” web edit by Booty is one you need in your life.

Brandon being Brandon, pulling all sorts of original moves, going forward and backward.

I’m kind of a really massive Begin fan, stoked to watch new and old stuff from him.

Are you as well?

I like the simplicity of Begin’s riding. Still, he knows how to surprise with wild moves, too. Treat yourself right today!

Friendly Reminder: Save Up To 50% On Source! (Click Banner)
Disclosure: The BMX Dude's content is free & reader-supported. I may earn a commission if you click & buy through my links. Your support helps me create the best content & make a difference. Thanks! 🤘
brandon beginCult Crew 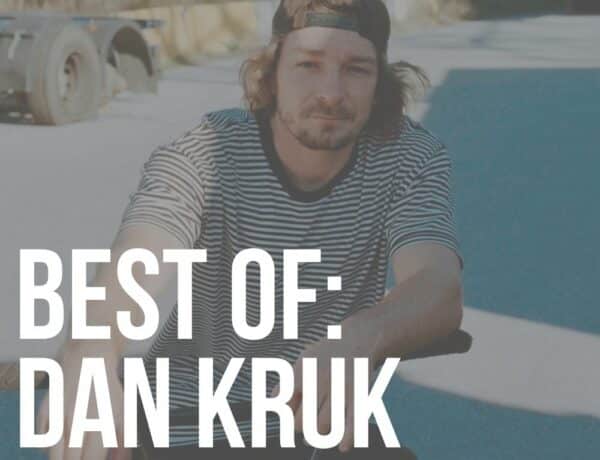 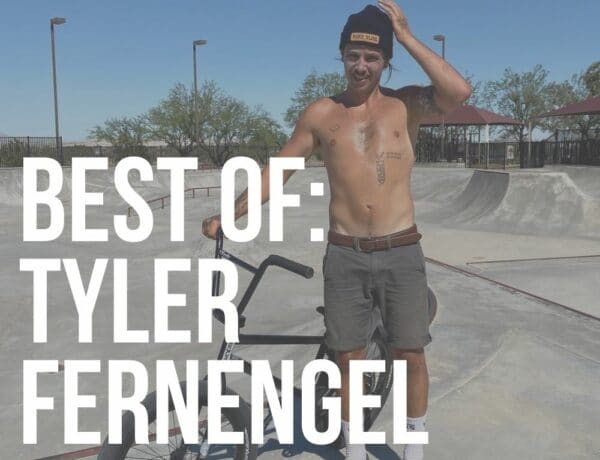 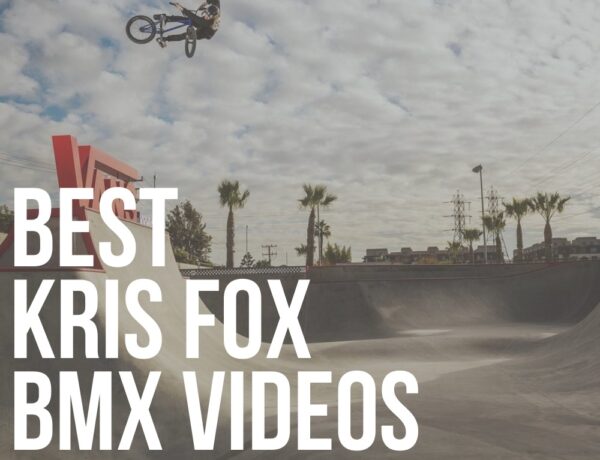