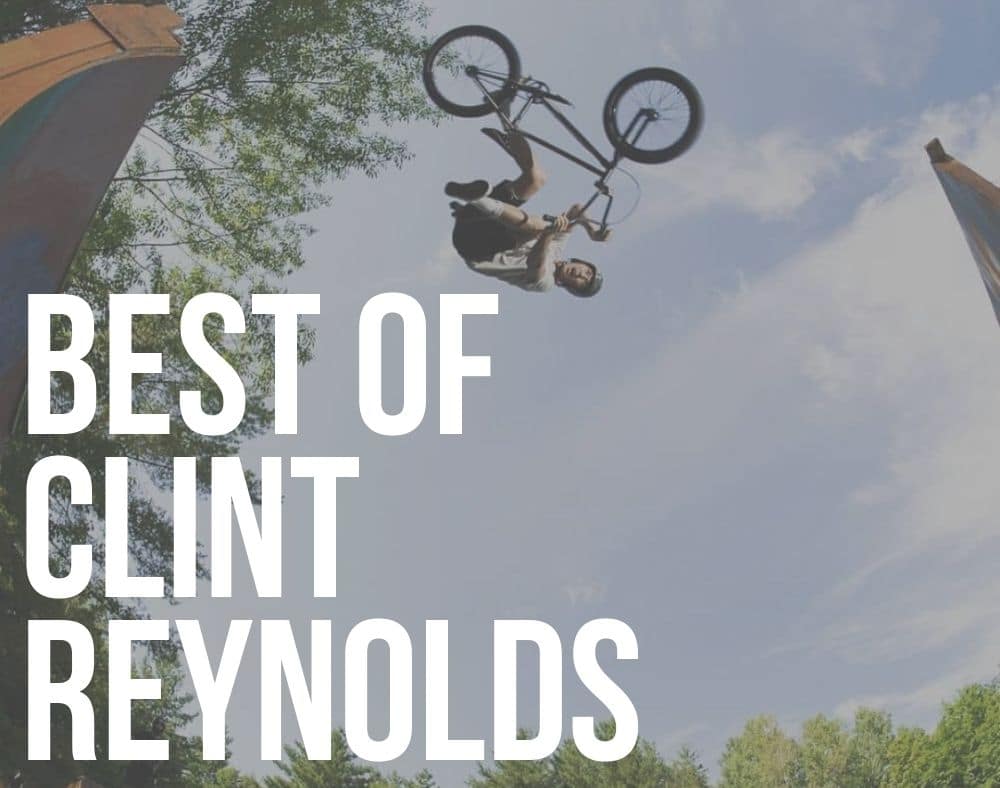 We did it for you – collected the best Clint Reynolds BMX videos for your viewing pleasure.

Trail and style BOSS at its finest.

If you like riding trails, shoveling and having fun outdoors, preferably in the woods, Clint is the guy to watch.

What I absolutely LOVE about Clint, aka Credence Bikes, is the fact that his riding consists of more-or-less classic tricks.

BUT – Reynolds knows how to go big and high – Really BIG and HIGH.

Do not forget to follow Clint on Instagram – especially if you are into trail life and riding transitions. And SHOVELING.

If style and flow matter to your the most, you should not miss videos from Kris Fox, Brian Foster, Tom Dugan, Ruben Alcantara, Corey Walsh and Chase Hawk.

Even though Clint moved to New York from Austin, Texas, Austin is still a home away from home for him and this video is made of clips from a visit back.

The video starts at a BADASS airstream before some house park clips.

There’s a great mix of riding in here from concrete skateparks, to trails, to a driveway ramp that Clint was absolutely blasting.

No matter where he’s at, Clint’s riding is pure art and is always enjoyable to watch! Those nac-nacs and kick outs are BEAUTIFUL.

S&M Bikes has a RAD series on YouTube called Woods Wednesday with different episodes riding in the woods, whether it’s a set of trails or something like Clint’s personal concrete bowl.

It opens with a porcupine making its way out of Clint’s bowl before he shredded it to pieces… the bowl, not the porcupine!

After a second backyard/backwoods ramp, we find ourselves in the trails for the rest of this one that is definitely worth checking out.

For those who may not know, “Hot Dogs Who Can’t Read” is a full-length DVD from S&M bikes that came out in 2017. Clint Reynolds has a section in the DVD that made its way online in early 2018.

Clint’s part is an awesome mixture of everything from concrete ditches to trails to pools, concrete skateparks and bowls.

He has become somewhat synonymous with the Lawnmower and does not disappoint with one on a bank to sub in a ditch.

The last clip is a sub fufanu that you just need to SEE if you somehow haven’t already!

A day in the life of Clint Reynolds

Here we have a day in the life of Reynolds from all the way back in 2012, which was also a welcome video from Tree Bicycles.

First, we learn about Clint’s house at the time, which was an Airstream trailer from 1959!

Before cooking with Clint, we get a house tour followed by a van tour of his 1982 Mercedes that runs on vegetable oil.

After all of this, we take a ride to the woods for some digging, where Clint hauls his bike on his motorcycle.

Finally, we get to some riding to round out the video featuring Clint’s ever-so-satisfying trail style!

The legendary Anthem II video came out in 2010 and has withstood the test of time to remain one of the most CRITICALLY acclaimed BMX full-lengths of all time.

Through time, the riders in this video have all earned legend status if they didn’t already have it and among that list of riders is Clint Reynolds.

Here we have his section in the video, jam-packed with riding in the trails, the streets, and in concrete skateparks.

Clint’s style in itself is legendary and this video will undoubtedly continue to STAND the test of time.

In 2019 Clint Reynolds’ signature S&M grip was released and quickly became a favorite of those who enjoy a thicker BMX grip.

The grip dropped with a promo video that starts with Clint, giving some info about its grip while showing the packaging and different available color options.

From there, we find ourselves in THE WOODS, where Clint puts on a beautiful and stylish display of dirt jumping as he always does. Overall, this is a solid watch no matter when you check it out and Clint always kills it.

At the 2016 Van Doren Invitational, Clint Reynolds secured himself 2nd place, and this video is all of his riding from the contest.

Clint’s FLOW and STYLE combined with consistency in riding earned him the 2nd-place spot as the contest was judged through overall impression rather than the score of single runs.

That 180 lookback over the double coping spine and half barspin to tire tap were amazing!

Not only did he make that look easy, but he also made the bars backward 360 over the spine and then following 180 half barspin back over it look EASY as well.