Get ready to watch the best Dan Foley BMX videos for an inspiration boost.

The fact he can ride INSANELY good, film himself at the same time and then edit it all together into one ridiculous good video is almost too good to be true.

For everyone who lives in an area where you can find nobody to film you, pick up your smartphone and film yourself.

Sure, it may take you longer, but Dan is proof that all possible. Where there’s a will, there’s a way.

The BOOS of BMX self-filming

Even though Dan only learned how to ride bikes at the age of seven, he still managed to progress super quickly.

He became somewhat obsessed with being on two wheels, so no wonder why he got SO GOOD, SO QUICKLY.

Later, he also got into racing and started doing freestyle stuff when he was around twelve.

Needless to say, Dan Foley is one of the most original BMX riders out there.

Moreover, he can ride almost whatever he wants, but you will see him going all-in on the street for the most part.

Dan is also sponsored by Cult and Vans. Two of his team members that we already mentioned are Chase Hawk, Simone Barraco and Dan Lacey.

For a ton of BMX creativity, self-filmed clips and other wild stuff, go and give Dan a follow on Instagram.

I think that Dan’s “DRIFTS” episodes are one of my favorite things to watch. I like these videos’ rawness (no music) and Foley’s creativity in filming and editing everything himself.

Here’s the 3rd episode, shot entirely at Camp Woodward over the course of a few days he spent there.

I’ve never been at Woodward (I don’t know how crowded it is), but it’s great to see that Dan found some “alone time” at the compound to make this one happen.

And the backflip into the pool is a perfect ender.

The fact that Dan started releasing these “ambient” BMX series where he rides around different spots, doing his thing in a raw format, brings a big smile to my face.

This is the content I like watching the most! Yes, fully edited videos with music are great, but this is even better.

Dan took multiple trips around the North Carolina Triangle region and came out with this epic nine minutes long project that’s a must-watch.

But all Dan Foley stuff is a must-see, so don’t miss it.

Style and A TON of creativity – that’s what’s up!

I’ve been the biggest fan of Dan for a very long time. His creativity and self-filming approach really inspire me!

And his DRIFTS project is an excellent example of that. (I didn’t even notice I was glued to the screen for 9 minutes and 30 seconds – so good.)

Dan shows that everything can be a spot, which is also my philosophy. No matter where you are or where you live, there’s always something that you can have some fun on.

SIMPLICITY is power. (But Foley spices things up even further with his excellent editing skills!)

(And you don’t need to add music to improve it – “natural” sounds are the best.)

Okay, that’s not the official title of Dan’s Cult Crew web edit – but you know what I mean.

Dan knows how to do things his own way. His riding is phenomenal. Filming and editing, too!

And we all know how GOOD he is at combining all three.

I’m always super excited to watch a new video from Foley. At more than four minutes long, you get a good dose of self-filmed mastery.

While Dan’s riding is very creative and technical, he’s also NO stranger to going fast.

And then there’s the last stair set clip that will leave you speechless. I needed to rewind it a few times just to sink in.

Dan’s self-filmed clips are truly INSPIRATIONAL. Whether you ride alone or with your mates, you can film clips of yourself riding either way.

And if you are unaware of how to approach it, this collection of 2020 Instagram clips will show you how to do it.

What’s even better, you can reach out to Dan on Instagram. He may give you some additional insights to ease the process.

Anyhow, this collection of riding shots features both street and skatepark riding. Tons of style, creativity, two pegs, cassette hub and no brakes – that’s what’s up when it comes to Foley.

2020 has been a crazy year of quarantine and social distancing, but you wouldn’t be able to tell by watching a SELF-FILMED 2020 Dan Foley video.

This video from Cult is another chapter in the amazing self-filmed video series that Dan adds to regularly.

Besides the filming being top-notch for a self-filmed video, Dan’s eye for spots and usage of them always stands out.

With too many great wallride setups to count and more back wheel balance than most, Dan always finds a way to keep us entertained, even making these videos all himself.

A bunch of clips were filmed by a person and some by Dan himself.

One can only assume that these are the clips from 2019 that didn’t make the cut for other projects.

That doesn’t make this video any less impressive or entertaining, though.

Dan goes big, gets tech, and brings his signature flowy, entertaining to watch style to this one from mostly streets to a few skateparks.

Dan’s bike control is incredible and one clip that stands out particularly is the manual up a ledge to 180 to half cab manual down several stairs and then another 180 out. BOMB.

Here we have a video with Dan Foley for Cult that came out in 2017 called “Still Filming.”

Yes, that is three different nose manuals landing in a manual each time, all in the first clip.

Dan has a style all his own with a self-filming technique to match that always makes his videos STAND OUT among the rest.

Foley’s welcome to Cult video came out at the end of 2016. With that, Cult included some team guys in this video from a road trip to the desert.

In addition to Dan, we see Dakota Roche, Sean Ricany, as well as a few others all riding ditches, rails, other street spots and even a skatepark or two.

Dan makes his appearance toward the end of the video. With a wild manual to turndown down a triple set before continuing to show us exactly why he deserves to be on the Cult team.

With this welcome to the team video, Madera welcomed Dan Foley to their pro team in 2016.

The video is another display of self-filming MASTERY, just as his self-filmed videos usually are.

Dan always does a great job of documenting his one-of-a-kind style.

The spots in this video look amazing and Dan rides them how only he could with his amazing manual balance, whether going forward or backward.

The way he can do a wallride 180 to fakie manual full cab back to fakie manual before half cabbing into the bank he originally came from, and do so with ease, is MIND-BLOWING.

Simple Session is a BMX contest that is taking place in Tallinn, Estonia for many years now.

This split-part video features two riders we might never have seen together in a video otherwise.

Here we have Dan Foley and Ruben Alcantara at Simple Session 2012 from Woozy BMX. This is an edit of Dan and Ruben’s runs together into one video and it is a good one.

Dan’s flowy style SIDE BY SIDE with Ruben’s style is cool to see and it is always good to have videos from the past like this one to look back on.

Before Foley found his current home on the Cult BMX pro team, he was welcomed to the WeThePeople Pro team back in 2014.

The video’s official description sums it all up with, “Dan Foley needs little introduction in BMX.”

Timeless is a great word to describe Dan’s riding as this could have been filmed/released today and it would be just as enjoyable or impressive.

From big tabletops at the skatepark to 360 turn downs and tire grab can-cans over dirt jumps to his incredible bike control on the streets, Dan HAS IT ALL in this video, which is definitely a treat to watch.

Dan has been a well-known name at the top of BMX for over a decade now, with this edit for Premium BMX from way back in 2009 as some GREAT PROOF of that.

His hair was longer, but his signature style was already here with turndown gaps, nose manuals, and 360 tabletops.

The footjam to tabletop and footjam to can-can in here were particularly impressive.

Dan shreds everything he touches in this clip. From The Unit, to the streets, to the legendary Jaycee Skatepark in North Carolina.

This video has an unfortunate backstory, but what Dan Foley made of it is awesome. First, the filming, editing, and even the music were all done by Dan himself.

The unfortunate part of the story is that the skatepark in this video had been bulldozed before the video was filmed.

However, that didn’t stop Dan from riding what was left.

The skatepark may have been demolished, but two perfect grind ledges remained with some partially intact brick walls that he used to their fullest as if they were meant to be ridden.

Talk about finding a silver lining.

Friendly Reminder: Save Up To 50% On Source! (Click Banner)
Disclosure: The BMX Dude's content is free & reader-supported. I may earn a commission if you click & buy through my links. Your support helps me create the best content & make a difference. Thanks! 🤘
Cult Crewdan-foleyvans 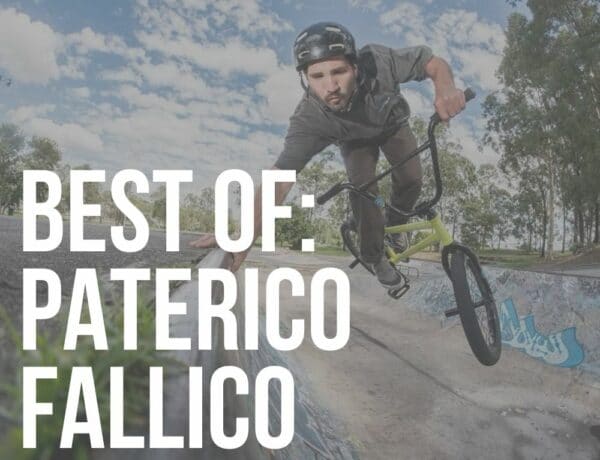 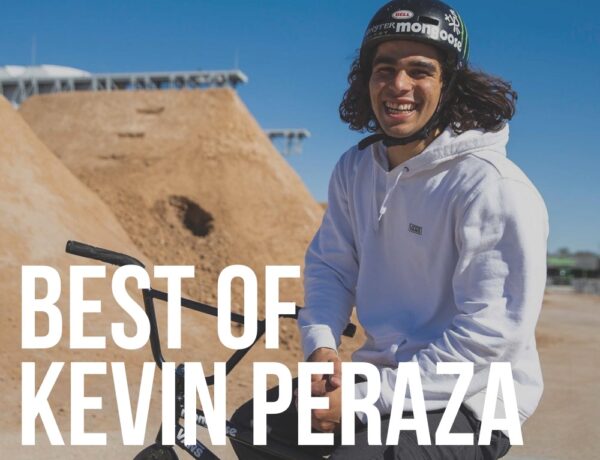