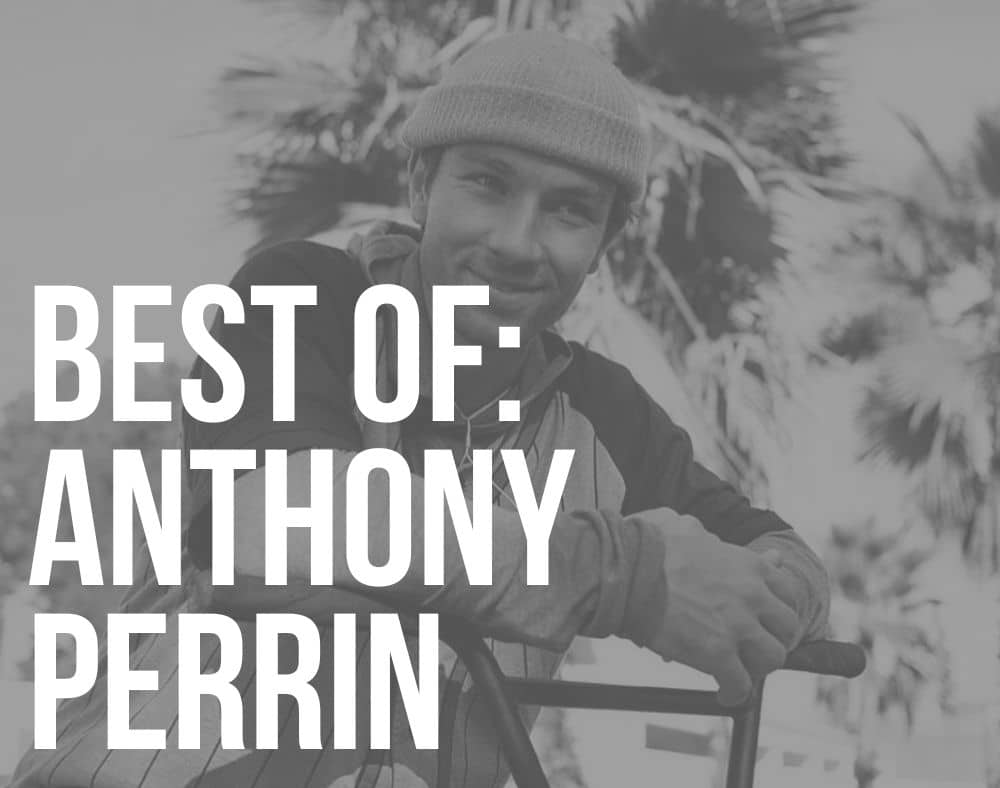 Do you want to watch the best Anthony Perrin BMX videos and enjoy this Frenchman kill it?

Anthony is a fantastic rider who kills it on the streets primarily. However, place him at the skatepark and he will amaze everyone with his insane shredding.

For Anthony’s BMX career, it all started at around the age of twelve.

Many top brands wanted to work with Anthony, and it all grew from there. Currently, Perrin rides for Kink BMX, Red Bull, Vans Shoes, DUB, Marie Jade and BMX Avenue.

Moreover, Anthony Perrin was born in Lyon, France, and he says that the BMX scene over there is really solid.

(These parts won’t be available long.)

What’s cool about Anthony is that you never know what to expect from the new project he drops.

Anthony knows how to pull insane bangers that are hard to comprehend. On the other hand, he also knows how to go crazy technical.

If you would like to watch some more French riders do their thing on a BMX bike, you better treat yourself to Kevin Kalkoff and Joris Coulomb videos.

Never again miss any of the French street madness from Anthony and stay up to date with what’s up by following this shredder on Instagram.

Well, Anthony’s entry is my favorite.

It’s something about Perrin’s style that really appeals to me and shows so well in this one.

It may be short, but Anthony still pulled a ton of fantastic street combos with smoothness and precision.

But then he sends a massive 180 over a double set (over the rail!) to seal the deal with more WOW material.

Surprisingly, Anthony’s video didn’t receive as many views as others, but that’s OK. Sit back, relax and enjoy!

The announcement of Anthony leaving Federal and joining Kink dropped a little while back. But this welcome to the video makes it official.

Perrin lives in Barcelona, Spain, so you can expect him to murder many famous spots and even those you haven’t seen before.

It’s always a pleasure watching Anthony ride; this one is no different. His technical riding is getting increasingly complex with the switch and opposite stuff.

Some say I shouldn’t be posting behind the scenes videos to my riders’ videographies, BUT I like BTS videos the most.

Especially this one from Perrin’s welcome to Kink pro video project with Calvin Kosovich!

This is the kind of stuff I can watch over and over again. Of course, the final product is epic, but it’s something about raw stuff that really appeals to me.

Rich Forne, Anthony and Simone Barraco, YES, you’re about to witness some really epic stuff. These two are on another level and you know that.

They escaped the city buzz by sneaking into the Parisian suburbs to find unique (and never-seen) spots.

The first half is all about Simone’s insane creativity and the second is about Anthony going crazy just like he knows.

Anthony’s “part” starts at 2:50, but you need to watch the entire video anyway.

Get a taste of Paris as you’ve never tasted before. Enjoy.

In 2019, Federal’s full-length video “FTS” won the Nora Cup for video of the year. Perrin was given a chance to film his part and here it is.

Over seven and a half minutes of technical insanity lies within this video that you’re surely rewatching here because there’s no way you missed it when it came out, right?!

From the beginning of the riding, just over a minute and a half in, Anthony brings burly and extremely technical riding. 180 ice to 360 to fakie?

Crazy, and just one example of so many bangers that you can expect throughout this video.

Anthony Perrin’s chapter in the series from Dig BMX called “The One That Got Away” comes with a story of a “battle with an absolute beast of a stairset” during a trip to Budapest Hungary in 2013 for their “Youth Of Today” issue and video.

Seven years later, Anthony recalls the trip and tells us about the battle but not before seeing some footage from him presumably on that trip.

The stairset is definitely a mammoth of a set, and Anthony gave it a send with a barspin.

The first attempt was actually a make with a foot coming off but not touching the ground.

He wanted to do it better, but unfortunately, he had several unsuccessful attempts that left him unable to continue. Check out the story and see it for yourself.

Anthony had a section in the MArieJADE “No Future” DVD uploaded to Youtube early in 2020 and is another banger of a BMX video featuring Anthony.

His technical riding is always impressive with tricks like his 180 ice to 360 to fakie and the opposite feeble to 540 on a massive out ledge.

There are also plenty of big moves to make this one an excellent watch for anyone who enjoys street riding.

The last clip still doesn’t make total sense even after watching it three or four times.

Here is a video with Anthony Perrin called “Day & Night.”

It starts with Anthony riding spots at night and transitions back and forth between night and day throughout the video, with cool shifts between the same tricks filmed both at night and during the day on the same spots.

The concept is really cool and worked very well, and Anthony’s riding is always enjoyable to watch.

Keep in mind, he shot this masterpiece in just seven days in beautiful Barcelona, Spain.

Anthony absolutely kills it, and being able to do these tricks multiple times both at night and during the day is impressive.

This video is Perrin’s signature street frame promo video from Federal for his signature frame back in 2015. It is filmed and edited by Rich Forne, so already, you know it will be a quality clip on another level.

Pair that with Anthony’s technical riding, and you’ve got a dope video.

The promo starts with a trick battle, then goes into the music and riding with Anthony, successfully landing the trick, followed by his signature tech-combo insanity.

The kinked up rail to no-footed can-can was particularly awesome to see and all of his other riding like always.

The fast-paced song and riding really went well together to make for a great outcome.

Vans “UNFILTERED” is “A video series that highlights the raw side of a BMX trip.” This is UNFILTERED 1 and features Anthony and Kilian Roth riding in Copenhagen, Denmark.

The video starts out giving a very obvious feel of struggle but quickly gets past it to raw clips of both Kilian and Anthony.

The raw audio with no music definitely lends to the unfiltered approach here. We see everything from falls on unsuccessful attempts to people getting in the way of spots.

In the end, there is far more success than not, and this is definitely a killer video to watch.

If you are ready for some Red Bull footage of Anthony from 2013 – he was only 18-years-old – you better watch this clip.

For the most part, he murders a ton of amazing street spots with a few park clips to seal the deal.

Even though he speaks in French, hit the subtitles button if you do not understand what he speaks.

Old or new Anthony clips, it does not matter; his riding is timeless, which is a fact. The massive truck driver and the fun rail ride to rail ride to barspin were both super cool.

However, there’s so much more goodness in here that you will commit a crime if you don’t watch it.

In this video from Endless Mag, Anthony rides in Barcelona to escape France’s winter. The edit wastes no time getting into the technical and very intense tricks Anthony is known for.

Anthony makes tricks like ice pick hard 180s and other crazy technical grind combos look so much easier than they are.

Take special attention to his opposite tricks and grinds – don’t they look just the smoothest?

Needless to say, another spectacular video from Anthony that will make you want to rewatch it a few times.

I was just binging YouTube videos when this welcome to Eclat edit from Anthony popped up. Surprisingly, I hadn’t seen it before, but I knew it’d be sick.

I couldn’t be more right.

Even though this is old, Anthony’s style and tricks are timeless. So much good stuff and even though Anthony’s riding style has changed quite a lot since then, it’s an absolute must-watch.

In fact, I’ll watch it one more time – yes, it is that good.

Friendly Reminder: Save Up To 50% On Source! (Click Banner)
Disclosure: The BMX Dude's content is free & reader-supported. I may earn a commission if you click & buy through my links. Your support helps me create the best content & make a difference. Thanks! 🤘
anthony perrinbmx streetfederal bikesvans 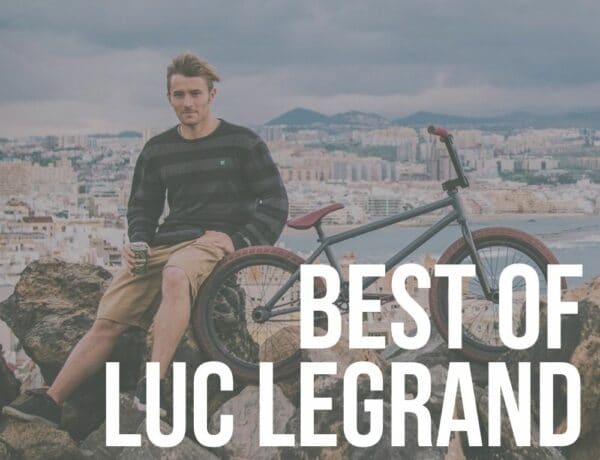 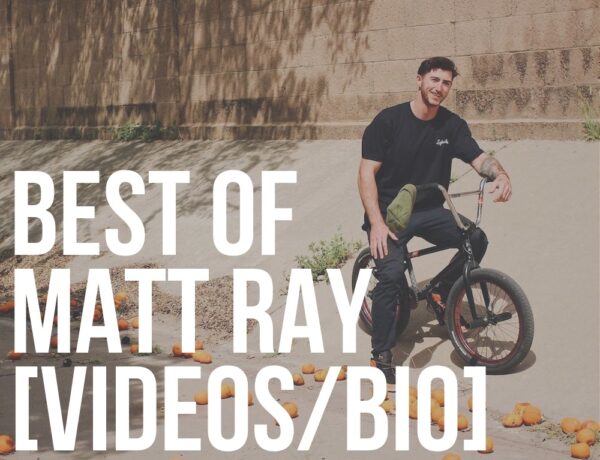 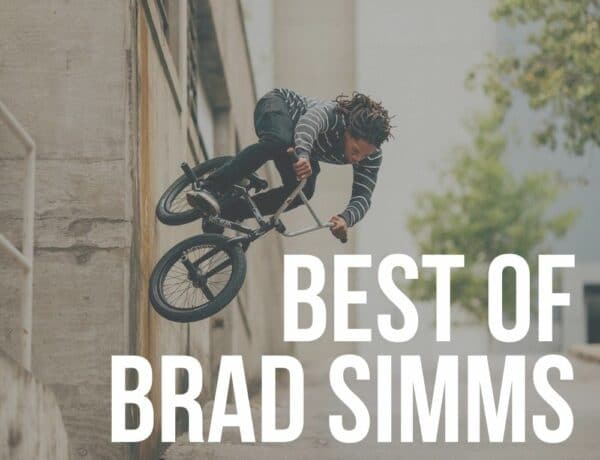