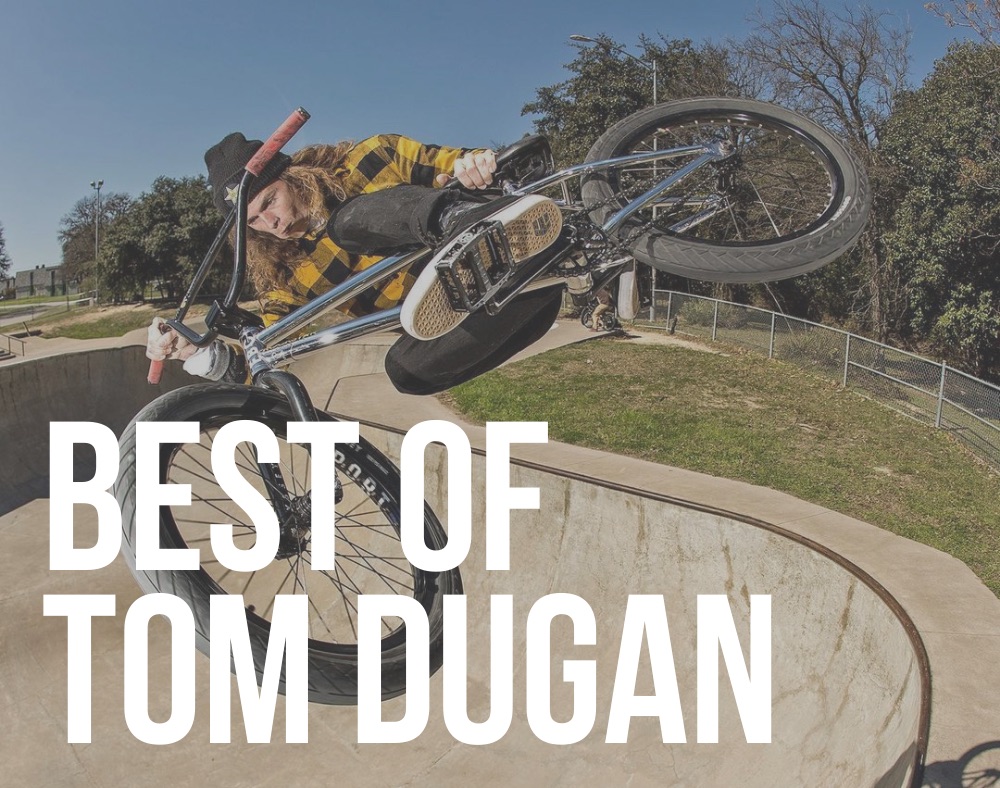 Are you searching for a collection of the best Tom Dugan BMX videos?

Tommy is NO JOKE on a bike, so enjoy the craziness.

I went out there and picked some of his most popular web edits and parts, so you don’t have to.

If you like a touch of craziness mixed with amazing BMX bike riding, see what Tommy is up to on Instagram.

Note: Don’t miss the Tom Dugan bike check collection that I published for you.

Welcome to Tom Dugan’s F-It All part – in case you haven’t seen it yet (which I highly doubt it).

What an epic video part. This one will be hot forever!

Tom approaches street riding like no one else. A TON of gaps and drops that I keep questioning myself about how his body handles the impact.

Well, it does, and that’s important! Tom shreds everything smoothly, and the last 360 out of a street quarter is just mad.

But there are so many other mad things in this one that I highly recommend you press play immediately (and watch it 3x).

This is so good you’ll want to watch it at least twice even though it’s nearly twenty minutes long.

It’s a collection of unseen angles, crashes and everything else in between from Tom’s hard work he put into filming for his Etnies “Chapters” part.

So much insanity went into making this one happen.

I’m still impressed by all the MAD street clips that Dugan pulled – especially the gaps. How can his body even handle that impact?

Tom. Dugan. That’s all you need to know!

An unexpected treat coming straight from Odyssey’s Dugan. He spent a week of enjoyment in California, cruising around and shooting clips.

This is the outcome.

Tom is one of those dudes who can ride anything. Not just that, he also likes to go big and do some really scary stuff.

This all-street web video has some wild drops and a very park-ish or trail-ish 360 lookback our of a loading dock. BOMB.

Tom killed it again by blasting high airs and pulling some wild transitions and spins at the House Park in Austin, Texas.

Even though his entry to the USL Super Cup competition is not the longest, it’s always dope watching Tom shred whatever you put in front of him.

Someone in the comments said it best: “Tom needs a minute to show why he’s a fucking legend.”

The ender is definitely a terrifying one, but Dugan pulled it so clean. And that’s how you leave a skatepark – WITH STYLE.

5. Behind The Scenes – Etnies Chapters

If you are a BMX rider, you probably saw the latest video project from Etnies called Chapters. Tom is a long-time member of Etnies PRO team and his part inside the video is sick.

This video shows behind the scene for just one clip in El Paso, Texas.

So the story behind this clip is insane. In true Tom Dugan style, he did some crazy stuff on the way down and he got a blackout and he lost all of his teeth.

This dude is a legend.

I think he is the kind of person who proves to us that everything is possible. If you haven’t seen Etnies Chapters yet, go out and get it.

Watch Tommy Dugan’s part; you will not be disappointed.

Note: Do you need new BMX shoes? I picked the best for you.

We all know that Tom is the dude who loves to ride everything. Street, dirt, park, you name it.

The most interesting thing for me is that he goes so big and high, and I don’t understand how he does it.

He gets hurt from time to time, but that doesn’t stop him from doing his thing. People used to call him Dang Dang, but I will not go into this story.

This dude is a real human cannonball. He does a lot of big 360 drops to flat and they look like nothing happened to his body.

What I like about Tom is that he stays true to his riding style.

7. Still in The Streets by Fit

Tom is such a character. The dude knows how to have fun. No matter what kind of video he puts out, everyone will watch it because you will see something mad.

I mean, you will definitely hear or see some crazy stories from his life or his riding or both.

You know he rides a simple setup, no brakes, no pegs and for some of you, yes, he still rides metal pedals. For his style of riding, this is a must.

This whole video is filmed on the streets, and you will see some big roof drops and gaps. The last one is really insane.

Like many other riders, Tom was also invited to film his Reel BMX Street video edit for X Games 2018.

He and Darryl Tocco behind the camera is one of the best teams out there.

They have found some unique spots which suited Tom’s riding style and man; this is one wild minute-long video edit.

Tom does a crazy drop from some big entrance into the middle of this clip – onto a roof and off the roof. Dude, the last couple of clips are mind-blowing.

Tom puts his wrists to the test and the last roof drop is enormous and scary.

Fit took Tom under their wing in 2012 and they have put him on PRO Team. This was a smart move from Fit.

We all know how many good riders are on Fit and Tom is an excellent addition to the team.

The dude destroys everything in front of him. No matter if this is a street spot or some crazy skatepark.

There is also a guest clip from the BMX legend, Brian Foster, and Tom calls him a hotshot.

Tom has earned his spot on the team.

The begging of this video part is hilarious. This is the Tom way. The video starts at a fast paste. Crazy music is linked to crazy riding.

Some of the stuff he does in this video part could go so wrong for Tom, but somehow, he does them like nothing.

The whole project was filmed around the world and you can see how well Tom used some of the spots to his advantage.

How can you drop from such a height and ride away like nothing? We need to ask Tom about his secret.

Etnies is one of Tom’s long-time sponsors. So what we are going to watch is a day in the life of Tommy. You know this is going to be a pleasure to watch.

The whole thing starts so funnily, and you can see that Tom is enjoying his life as much as he can.

We need more of Tom Dugans. Tom is known for a less is more kind of riding and everything he does on his BMX bike looks nice.

One of the highlights of this clip is also the T-1 Ramp in Austin, Texas. Make some coffee or tea and check this video.

12. Drop The Pin with Dugan

This is the Drop The Pin episode featuring Tom Dugan and his Fit team riders. It’s an exciting concept because you can’t see where you are going to put the pin.

The place may have some spots or nothing. But for Tom, roofs are also a spot.

He picked some nice street spots, which he has used as a nice playground, but it soon ended when security was called.

They have searched the area and they found a fine ditch. In the clip are also Matt Nordstrom, Shawn Mac, and Jordan Hango.

This time Odyssey took out Tom Dugan to answer 10 questions from you guys. He talks about who is the best street rider and he kinda goes between Dennis Enarson and Garret Reynolds but in the end, he went with Garret.

No matter how you look at it, Tom is a very nice guy. Yes, he has done some crazy stuff, but he has a lot of respect for other riders.

He is just the dude who is living his life to the fullest. The dude has skills on his bike.

For the Rockstar himself, Tom, it all began when he was ten, through a family meeting.

By the way, Tommy was born on November 5, 1988, in Wichita, Kansas, but he’s enjoying himself in Austin, Texas.

Even though he may slightly settle these days (NOT REALLY), I still remember all his wild and wicked acts that he did back in the days.

Even riding fully naked and simply being who he really is – not really carrying about anything else.

Always be yourself and follow your dream, goals and vision.

Needless to say, Tommy Dugan had a prosperous BMX career, and there’s no sign of stopping for him. He is still releasing amazing video parts and signature products with the companies that support him.

Tom is sponsored by Rockstart Energy, Fit, Odyssey, Etnies and Empire BMX. Some of his signature parts are a handlebar from Fit and tires and grips from Odyssey.

Some of the dudes that Tommy is doing it with are Broc Raiford, Van Homan, Corey Walsh and Sean Ricany.

Friendly Reminder: Save Up To 50% On Source! (Click Banner)
Disclosure: The BMX Dude's content is free & reader-supported. I may earn a commission if you click & buy through my links. Your support helps me create the best content & make a difference. Thanks! 🤘
etniesfitfitbikecoodyssey bmxtom dugan 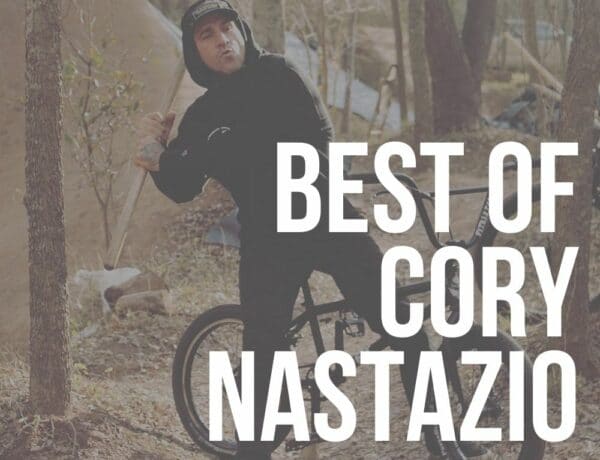 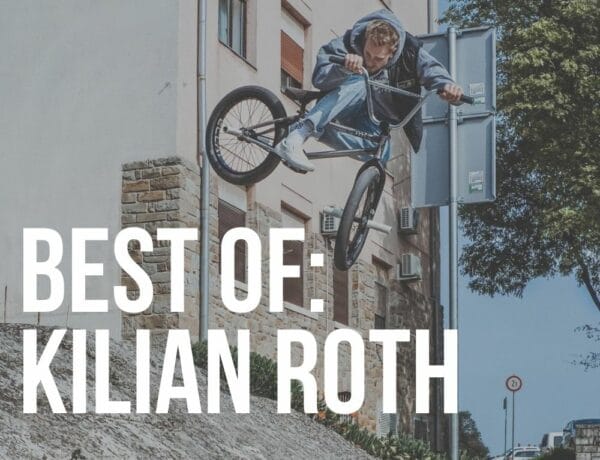 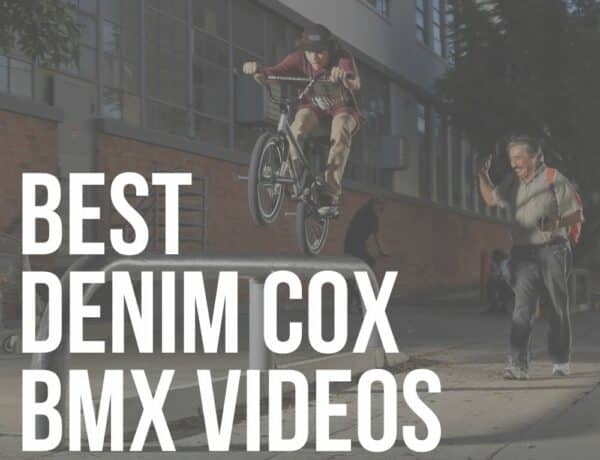