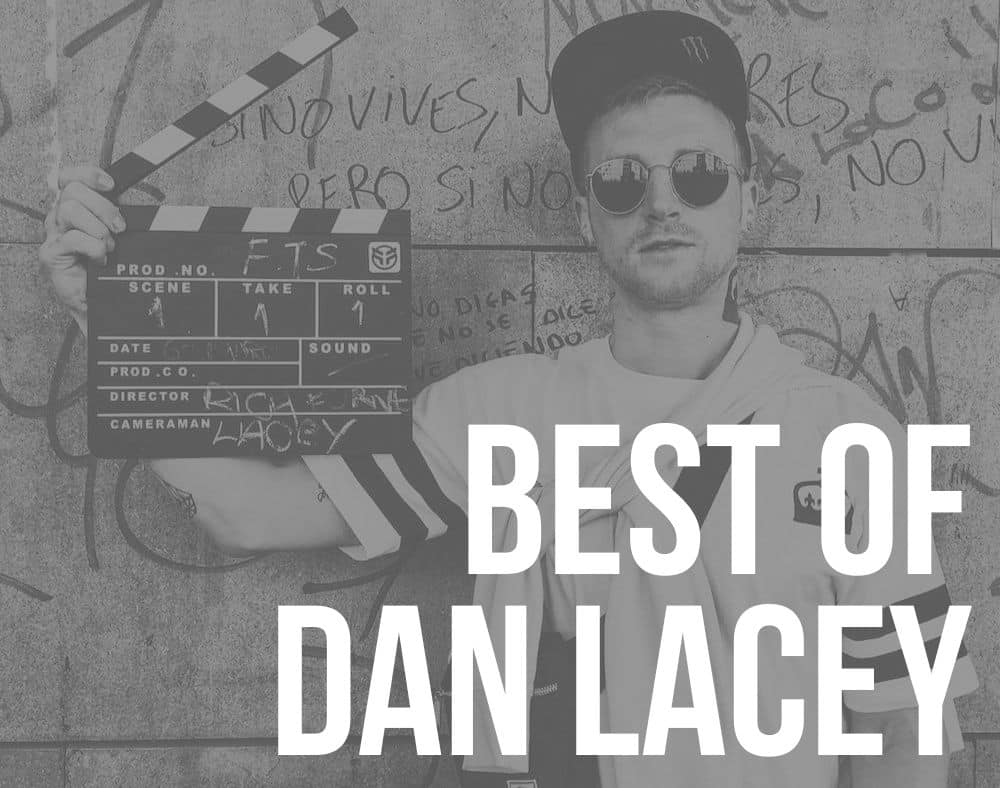 Do you want to see all the best Dan Lacey BMX videos in one place?

I managed to collect only the most promising ones, but there are still more to come, which I will add later.

Dan is a beast of a rider, and we all know that.

He can go big, or should I say, “EXTREMELY big,” but still makes it look effortless.

For Dan and his BMX career, it all began when he was 12-years-old.

He was lucky enough to grow up in an area with a pretty strong BMX scene, so his progression was rapid.

Moreover, from the age of 5 to 16, Dan was also in martial arts, doing karate, kickboxing and Thai boxing.

Having a background in martial arts definitely helped Dan, as he built his body exceptionally strong. (But it’s not just about the strength; he says that he is always doing a lot of stretching.) 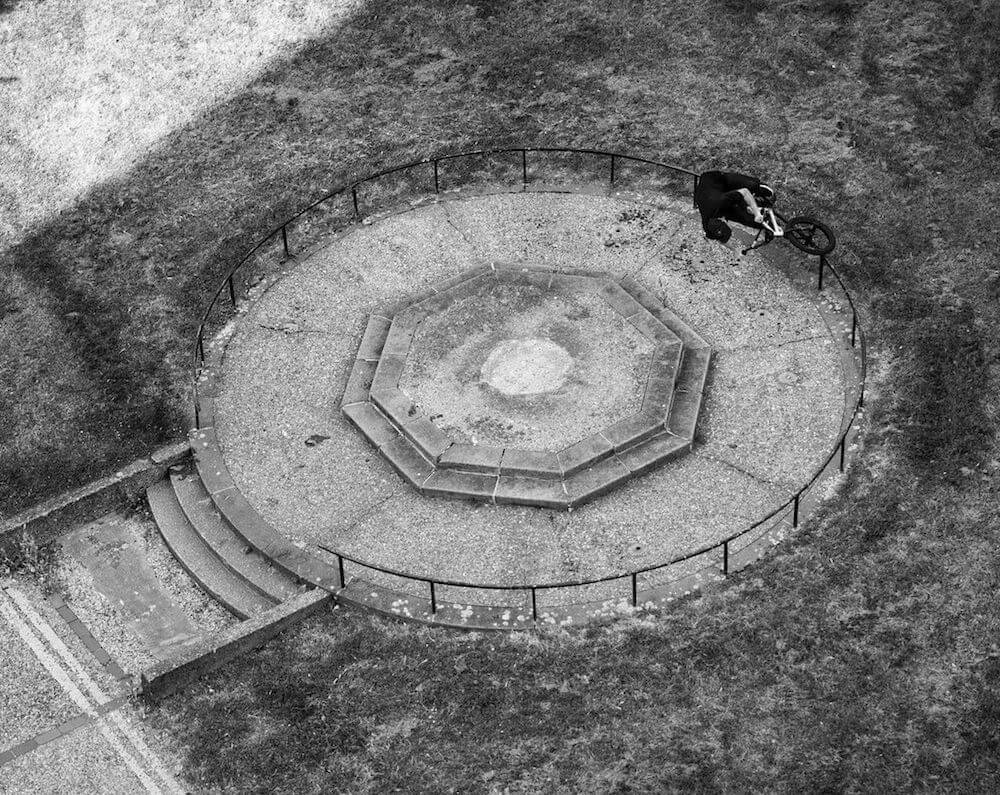 In his VERY rich career, Dan has been to many places around the world with his sponsors. Speaking of sponsors, he currently rides for Federal Bikes, Monster Energy, Dub, Vans, Source, Animal and Plants Basically.

It’s really cool that so many riders support JJ Palmere‘s Plants Basically, which is his supplement company.

Note: Make sure you also do not miss Dan’s latest bike check.

Treat yourself to a dose of street craziness from the all-around outstanding dude and one of the finest UK shredders, Dan, by following him on Instagram.

Federal’s FTS video premiered in July of 2019. The video would go down in BMX history and is the 2019 Nora Cup Video of the year.

This is Dan’s section in the FTS video directed shot and edited by Rich Forne.

This video’s start feels like a war is about to happen, a war that Lacey would surely win.

It opens with one of the biggest 360s ever down a triple 5-flat-5-flat-5 stair set, and the upbeat vibe of the song keeps the video moving nicely.

There is no shortage of big 360s and rail moves from Dan in this one that is an absolute must-watch for anyone who has not seen it.

Also, the ender is simply one of the most incredible grinds ever done on a BMX bike.

Dan’s chapter in the Source BMX Lock In series is full of burly and tech moves that are definitely something anyone can enjoy.

Dan also treats us with one of his signature upside-down 360s during a technical master class.

It is also fantastic to see Dan’s many different lip tricks in this video. Everything he does here gives an appreciation for how well-rounded rider Lacey is.

You should not miss this one as you already know that it’s good. Whether it’s street or park, whatever Dan touches, it becomes a masterpiece.

Here is a game of bike with two absolute legends in the BMX world at the now legendary Source Park in the UK. Dan and Nathan Williams face off in a game of bike for the ages.

Dan gets right after it with an uprail to hard 180 that Nathan easily matches, and the two go back and forth like two gladiators in a coliseum.

I won’t ruin the game for you by giving away the winner, but seeing these two be themselves in a friendly but heavy game of bike is a treat to watch.

Let’s treat ourselves to the final chapter in the Split Series from Federal Bikes. This one features Dan Lacey and Bruno Hoffmann put together by the man Rich Forne himself.

Dan’s opening clip is probably one of the longest up rail tooth hanger grinds ever. After that comes technical and burly insanity from both.

There’s something about a very chill song mixed with riding that is the opposite of chill that really makes a video awesome to watch.

This video is a perfect example of this. Then add in the fact that the riding of Dan and Bruno compliments each other very well, which makes for a great end product.

5. Dan Lacey’s Monster “Above Below”

When it comes to Lacey’s DVD full-length video part, we kind of know exactly what we are getting into.

The biggest 360s in the game, coupled with some of the most technically insane grinds.

Dan’s part in the Monster Energy video Above Below from 2014 is precisely that.

This is just under 7 minutes of craziness from Dan that is almost hard to believe is from 5 years ago at the time of writing this.

Over smith on a rail, to ice, to nose manual out?! As the first clip?! Dan has always been on one and this video part is definitely a great example to show that.

The last few clips are some absolutely incredible burly 360s and gap to grinds and aren’t something you’ll want to miss.

In 2014, Monster Energy released its full-length BMX video called Above Below.

Dan had an amazing part in that video but had some unfinished business from that part.

And that is how this video, also from Monster Energy, called BEYOND, came to life. This is nearly 5 minutes worth of riding, taken another notch up from what we saw in his Above Below part.

Once again, he opens with a massive 360 followed by Dan’s signature technical grind wizardry and more massive spin tricks.

It is very easy to see how Dan has kept such a well-respected name in BMX throughout the years, as he has been on another level through all of them.

The questions get right into it with things like “What was your biggest In N Out order” from Garrett Reynolds, and “How do you feel about pick up bars” from Ethan Corrier.

Dan is always honest and always speaks his mind, which is very respectable.

There are quite a few controversial questions in this video that Dan answers very honestly with sound reasoning that he also recognizes is his own and is not gospel.

Much love to Dan.

It’s crazy to think that 5 years ago, a promo came out for Dan Lacey’s 10th-anniversary signature street frame from Federal Bikes.

We are 5 years past that now and looking forward to his 15 or 20th-anniversary frame.

Back to the 2015 promo for his DLX frame, we have a 2-minute video showing off the frame itself, which featured nice-looking gold flake decals.

Later, Dan shows us exactly why he has this signature frame. There are only a few clips in this one, but they are all quality and full of Dan’s signature grind madness.

We know already that in 2014, Monster Energy released Above Below. Dan Lacey had an incredible part in this video.

Then in 2015, Monster released BEYOND, which was Dan’s follow-up to his original Above Below part.

BEYOND tied up some loose ends and Dan’s unfinished business from the first video. Then in 2017, Monster released a video called Believe, which is a look into “the struggle and victories Dan endured to get this done.”

Seeing some of the attempts at tricks that until this point, we had only seen mainly the landed versions of shows just how heavy they are.

Dan makes them look easy in his videos, but we know they are not and that a tremendous amount of work goes into them.

There is also insight throughout of Dan talking about the projects, which is always great to hear from riders.

Before the Above Below video, Dan teamed up with Rich Forne and Monster Energy to make a video called Nature Of The Beast.

Naturally and in true DL form, this video is full of straight-up savagery.

From huge 360s to grinds, both extremely technical and burly, Dan put in work for this one as he does for every video he is in and it shows.

Another cool fact about this video is that it was filmed in Tel Aviv, Israel. Ultimately, Dan and Rich always come through with amazing videos. This one is no different.

Dan Lacey has a knack for opening his videos and DVD parts with some of the biggest 360 spins that anyone has ever done.

His section from the DUB DVD called Homegrown is a shining example of this, but it doesn’t go as well this time.

The video opens with a not-so-successful attempt at a 360 that words really can’t justify.

From there, it is the Dan we have all come to know and love with his tech and insane riding.

Of course, Dan did not take the first crash we saw as an answer, and the last clip is the successfully landed clip – MAD.

Want to see what a weekend is like in life of Dan? Ride BMX had you covered back in 2014. This happened during what they called “the busiest weekend of his life.”

The video starts with the world premiere for Above Below in London, England, in a real movie theater.

Dan does a great job bringing us through the day in this video, and it definitely felt like a hectic day.

There is also some riding in here at the Vans Rebel Jam, so whatever you might be looking for, there’s a good chance this video has it.

If you’re looking for a behind-the-scenes look at what a filming trip with Lacey, Dakota Roche, and others is like, look no further than this video from Ride BMX.

The guys were traveling up the California coast filming for a Vans Unfiltered video with Rich Forne and Jeff Z, who went along to shoot photos of the trip captured this BTS video.

It’s always cool to see what goes into filming the incredible riding videos we see from these riders.

There is plenty of riding in addition to the lifestyle footage in here as well.

Even though this is now considered old, Dan’s video for his then sponsor, Chain Reaction, is still fire.

All this was shot over his trips to Tel Aviv, Israel, and Barcelona, Spain.

He sure had an unforgettable experience in Tel Aviv, but it’s the bombing tricks that Dan pulls in here that matter the most.

So much high-quality street riding goes down that makes this edit relevant even to the modern standards.

A lot of grinds, front-wheel moves, gaps and Dan’s classic 360s, it’s all in here for your viewing pleasure.

However, the massive toothpick hanger grind was, in particular, my favorite.

Here is a day in the life of Dan Lacey from Monster Energy back in 2013.

This one takes place in San Francisco, California, during Dew Tour where Dan was there to ride in the street contest.

Dan is a great host for videos like this and brings us through the day in an enjoyable way.

The day starts with some breakfast and cruising around the city on bikes before getting to the event for practice.

After that came more cruising around the city and a Kevin Peraza sighting before the end of the video.

The contest didn’t happen here, but Dan did pull out a 3rd place the next day.

Friendly Reminder: Save Up To 50% On Source! (Click Banner)
Disclosure: The BMX Dude's content is free & reader-supported. I may earn a commission if you click & buy through my links. Your support helps me create the best content & make a difference. Thanks! 🤘
bmx streetdan lacey 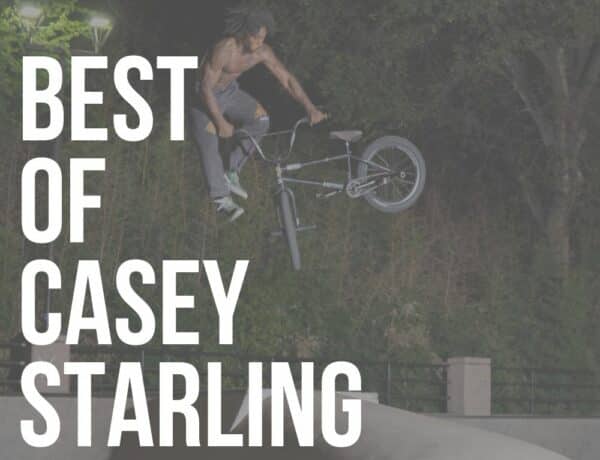 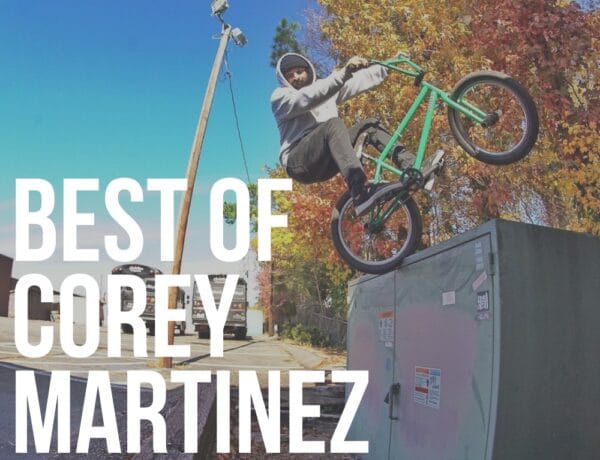 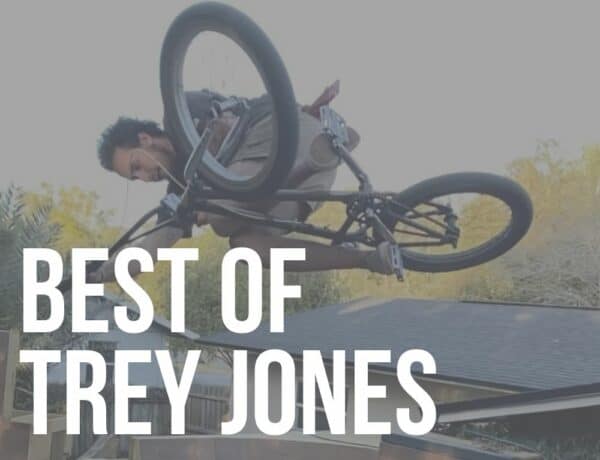