Are you ready to check the most recent Dan Lacey bike check?

Luckily, with all the parts revealed, you can now build yourself the same setup if you fancy, too.

For everyone who is familiar with Dan’s riding, he or she knows that this dude likes to GO BIG. Even though he is very good at skatepark riding, Lacey’s specialty is street.

He is especially down for pulling insanely massive 360s down enormous sets of stairs. Not just that, but you will also see Dan grid big rails at any time.

Dan is sponsored by Federal Bikes and Animal Bikes, so you can kind of expect what his bike check is all about. 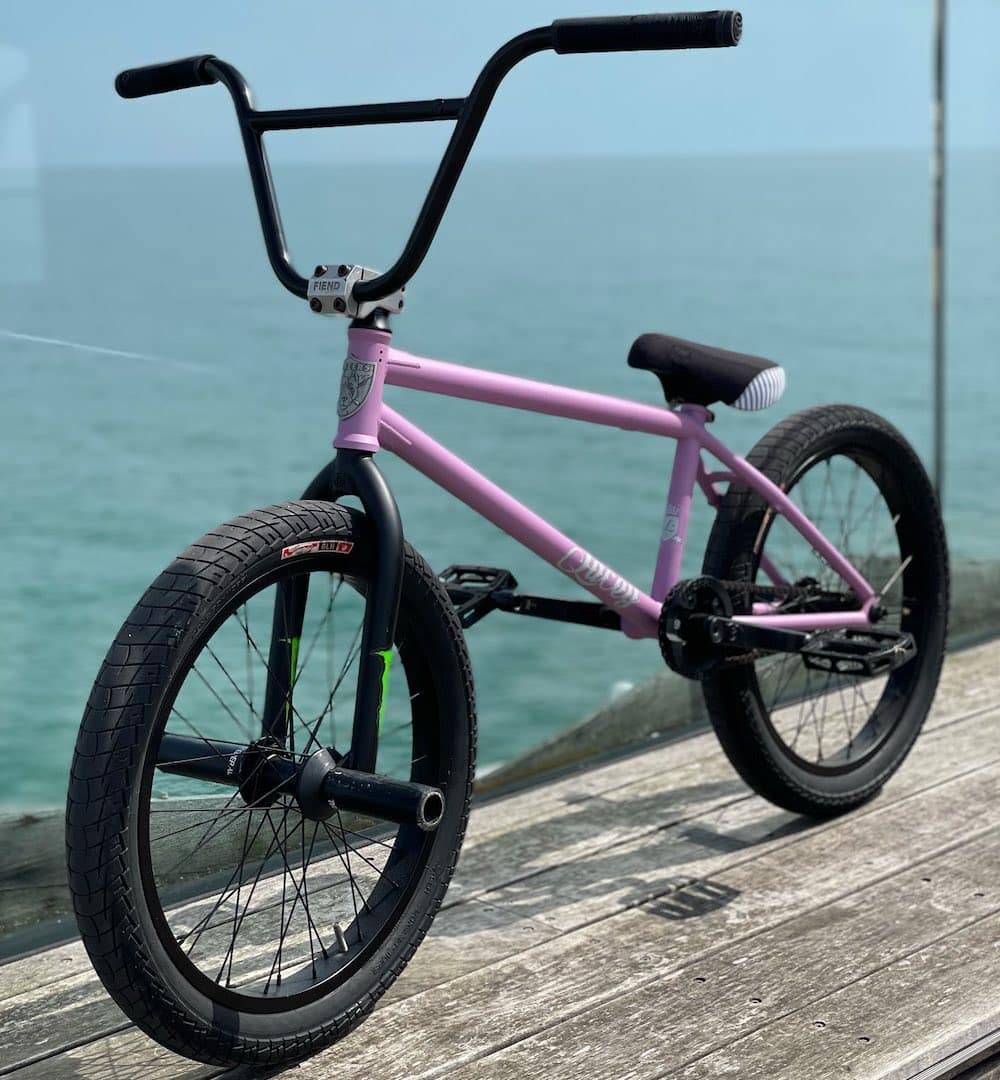 From Federal, Dan even has a few signature parts, like frame and bar. You can get the former in three different sizes, 20.5″, 20.75″ and 21″. Dan chooses the middle size.

If you are looking for more BMX frames for street riding, I have a full list of the best alternatives.

As for the Lacey bar, it comes at 8.75″ rise, which is not the tallest, according to current BMX standards.

Many prefer 9″ (10-inch bars are actually becoming very popular) and higher but not Dan Lacey.

Instead of only mentioning Federal Bikes parts, he also goes with Animal Luv mid seat and GLH tires.

While I tried some tires already, I must say that Animal’s GLHs are my favorite so far. I only wish they would make them in 2.4″.

Note: I also have a collection of the best Dan Lacey BMX videos to enjoy his burly street riding.

Do not forget to follow the man, Dan, on Instagram, as he has tons of good stuff going on regularly. 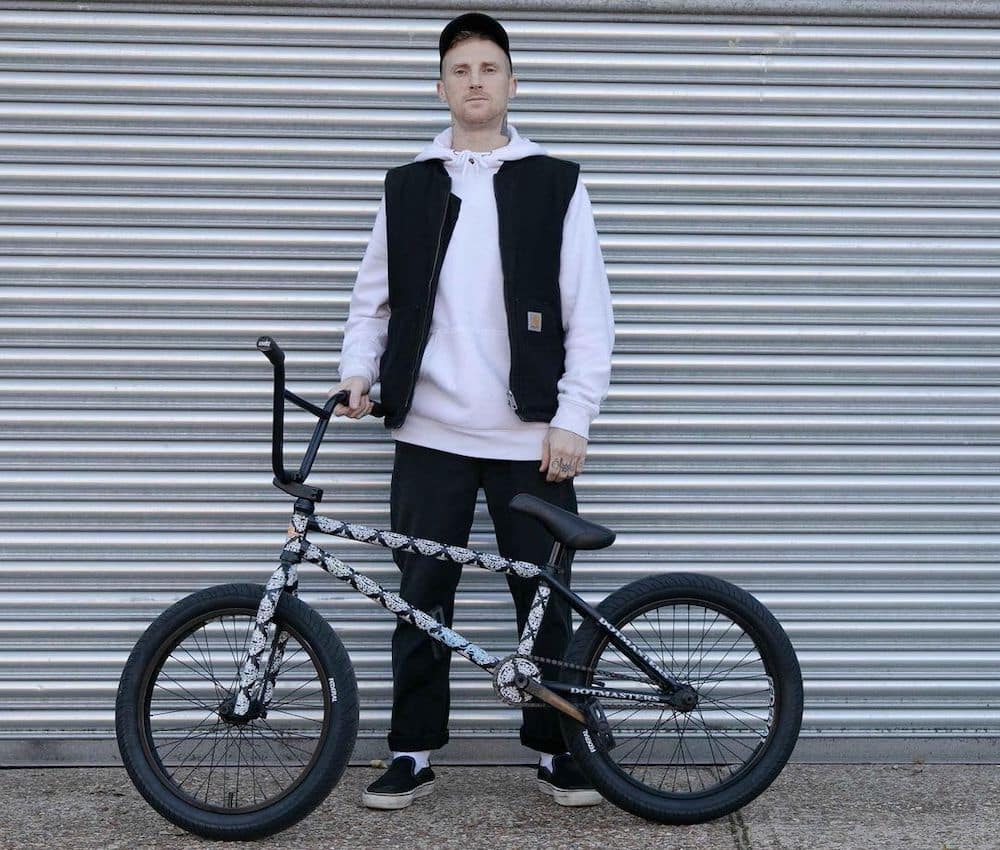 In this video bike check from Ride BMX, you will learn all about Dan’s ride and some other stuff.

For instance, three pegs are more than enough for Dan. If he rides four, his back foot is touching the peg and that feels super uncomfortable for him.

Also, he says he has the front bar/stem setup pretty much the same since he started riding BMX. But the bar has gotten just a little taller.

Still, Dan is not really a fan of 10″ bars – you will hear it from him personally in the video above. Last but not least, Dan prefers a cassette rear hub over a freecoaster hub all day.

I can’t believe this is already so old. I only remember it so well because I watched this Dan Lacey bike check video primarily for the riding.

Even though just a few clips, even to this day, they are still pretty heavy. But I like Dan’s overall style of riding, whether from several years back or today.

Dan runs you through his entire setup for Alli Sports, showcasing you his Federal/Cinema/Animal bike.

Here, Dan even mentions that he prefers Vans Half Cab shoes and Stance socks.

I cannot tell if anything changed about the socks, but he definitely transitioned to slip-ons.

This is somewhat history here. Not really, but it’s almost ridiculous to think that this is from 2011.

The entire video emphasizes Dan’s Federal Lacey bike with a quick appearance from the man himself at the end (drinking English tea?).

What you will notice is that Dan has a signature frame and handlebar from Federal for a very long time.

What’s interesting is they are improving quality-wise but not that drastically geometry-wise, actually.

Sure, his handlebar is now higher and the frame has some modifications to it, but that’s about it.

Friendly Reminder: Save Up To 50% On Source! (Click Banner)
Disclosure: The BMX Dude's content is free & reader-supported. I may earn a commission if you click & buy through my links. Your support helps me create the best content & make a difference. Thanks! 🤘
bike checkdan lacey 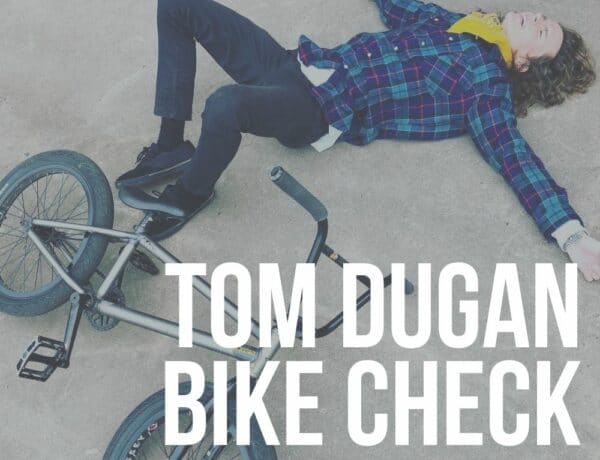 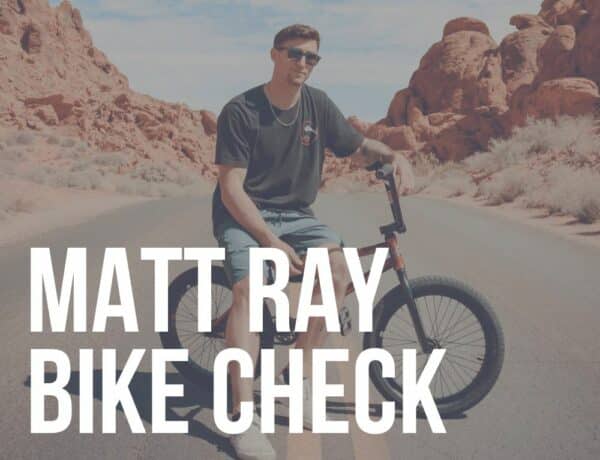 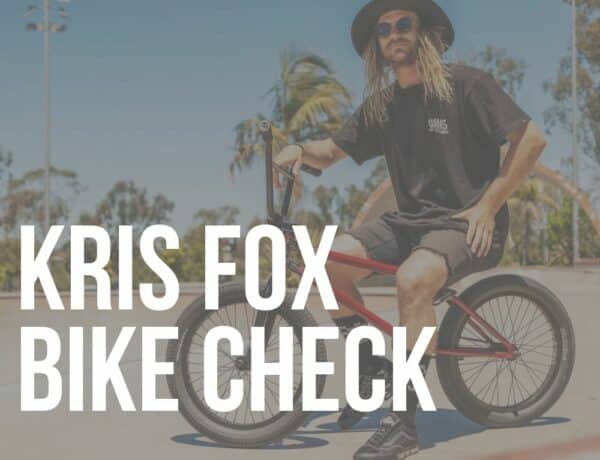