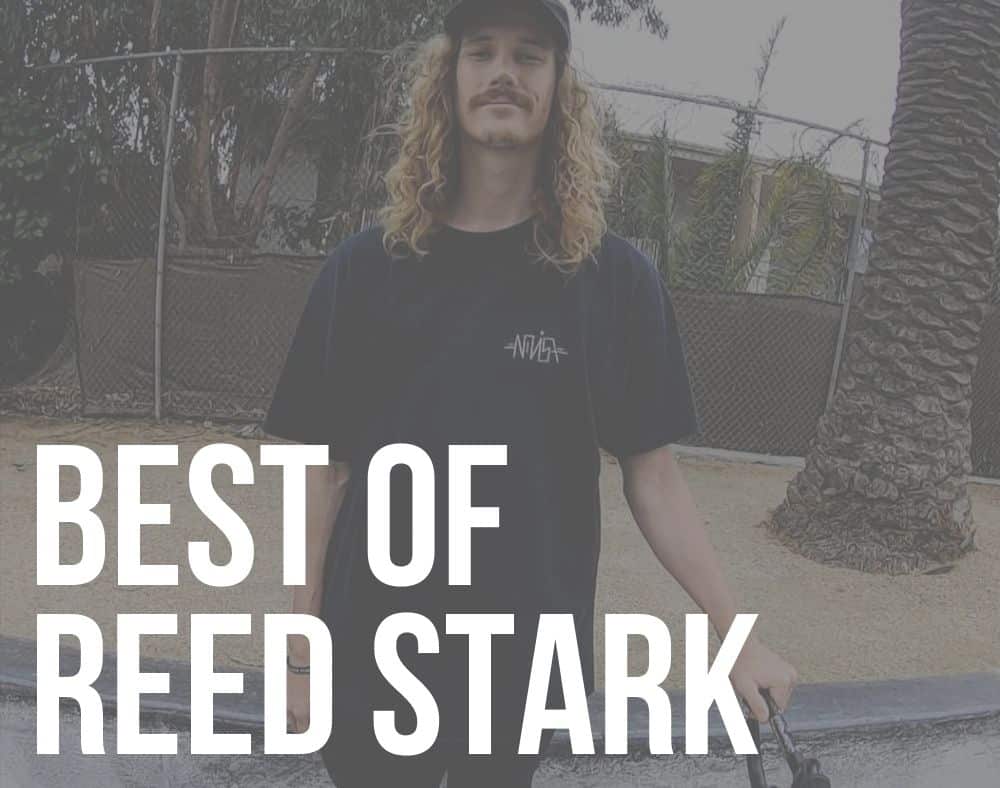 Do you want to watch the best Reed Stark BMX videos to gain some inspiration?

I do it regularly.

He is not your average street shredder, as he likes to do things his own, ORIGINAL way.

Also, what you immediately notice is that Reed is a pretty tall BMX rider (about 6’4″?), still, he knows how to pull tricks with style.

The right combination of style and tricks is the winning combination. In fact, it is important to add your distinct touch, too, and that’s what Reed is very well aware of.

He has been riding since the age of nine, so you know Reed Stark is in the space for quite some time now.

Reed was born back in 1992 in Minneapolis, Minnesota.

Fun fact #1: Reed was actually into rollerblading starting, but shortly after transitioned to BMX with his brother.

In his reach BMX career, Reed traveled to many countries (with his BSD team) around the globe to ride his bike and enjoy life.

With BSD, Reed also has signature Safari products, like frame (did you saw my best BSD frames review?), handlebar, plastic pedals and seat.

Fun fact #3: When Reed visits a new city, he finds the highest mountain and climbs it. Why? So he can examine where he lives in greater detail, possibly find some spots to ride and other whatnot.

For a ton of kendama tricks, BMX stuff, travels and other fun things from the life of Reed, give him a follow on Instagram.

Reed’s approach to park riding is pretty different than anyone else’s. He goes fast, pulling lines no one else even thinks of pulling.

Two and a half minutes of really heavy riding will get your heart beating hard. Adrenaline rush.

Even though the ender is one insane gap, there are many other insane moves in here that you’ll want to rewatch a few times.

This is an absolute must-watch, no matter what riding style you’re into.

In this video from both DIG and BSD titled Sushi Safari, Stark’s worldwide safari lands him in Japan.

In true Reed fashion, he found no shortage of incredible spots to play with, with the entire first minute of the video being nothing but unique street transitions.

Everything about this video, from the soundtracks, to the amazing spots, the riding, and even the casual nature of the filming work leads to one purely enjoyable FREESTYLE adventure of a BMX video that you’ll have fun watching.

Reed even finds himself surfing at the end.

Reed’s BSD “Transmission” DVD part hit the web in August of 2018 and wastes no time in giving us a wide array of absolute hammers from Reed.

From the very beginning, Reed’s personality shines through as he makes some of the most technical and savage riding appear easy.

As always and even with the heaviest of setups, Reed always brings creativity to his riding and an eye for spot usage that is always enjoyable to watch.

So many tricks in this video leave you wondering, “HOW!” There’s also something to be said for the editing and the build up of the video leading to an absolutely amazing ender clip.

4. Safari madness in the USA

Stark’s USA Safari spans all the way from California to New York. From ditches to pools and skateparks, this one is nothing short of pure fun.

Two clips that really stood out amongst the rest were the back-to-back street vert and over vert ice pick stalls.

Reed’s character in these videos is always pleasant to see and never gets old.

Not to mention the pure technicality of tricks like the tire bonk spins that he does in this. Everything is QUALITY, and the adventures Reed shares with us through these videos are enough for anyone to live vicariously through.

5. Lisbon street riding at its finest

Here is another chapter in the amazing adventures that is Reed Stark’s life, if you will. This time, in Lisbon, Portugal.

This video starts with a chill vibe with plenty of b-roll and smiles from Reed, then moves right into some absolute killer shredding from the dude himself.

Curved rails, creative grind combos/setups, going fast, and an absolutely fun video are what you’ll find with this one.

Reed’s riding also never lacks the burly touch and his creativity, where we see a HUGE kinked ledge feeble go directly into a rodeo grind to 180.

Reed’s eye for gap to grinds is also always second to none as well.

We all know by now that Reed is full of creative moves on the streets. We also know that he absolutely loves to travel, enjoying different cultures through the roof.

Here is his pro part called “Safari Sounds,” and it is full of goodies. What I especially like when it comes to Reed is his big smile on his face – not always – but most of the time.

Also, for the tall rider he is, Stark has an AMAZING riding style. From simplicity and speed to originality and good old tabletops, you will see it all and then some.

If you ever wondered what Reed rides, here is a bike check that reveals all the parts. Sure, this may NOT be the freshest, but you can still get a rough overview of his bike build.

He rocks his signature BSD frame, which is great for tall riders.

However, with the shorter back end, the street frame still ensures great responsiveness; you just won’t be hitting your stem with your knees.

Along with that, Reed breaks down his entire setup in detail and even promotes the bike bag he developed. In addition to that, you also get one riding clip at the end to seal the deal with style.

The Euro Safari is another passage in the saga that is Reed Stark’s Safari. This video is from a 4-month trip through Greece, Spain, France, Gran Canaria, and Scotland.

It opens with Reed dropping into a natural transition in only his underwear, only to spin-off of a natural kicker ramp cliff jump into the water below.

From here, no time is wasted getting into the safari adventures we’ve all come to love. The riding in this video starts around two minutes in and features so many street transition spots and incredible grinds setups/combos.

There are sightings of several other riders in here as well; Joris Coulomb, to name just one.

Reed’s personage makes all of his Safari videos SUCH A TREAT to watch, and this is no different.

Reed Stark’s California Safari from The Come Up hit the internet in late July of 2015.

This one appears to be more about the riding than other videos in the Safari series, but that is not a fault whatsoever as Reed absolutely shreds in this video.

Every clip is either technical or burly, or both burly and technical.

A few clips that really stood out were the fakie pegs up the handrail and the last clip, an absolutely incredible 180 to fakie ice pick grind on the second stage of a handrail.

Amazing riding AS ALWAYS from the man @youscaredstiff.

Another tall rider is Broc Raiford, but his style of riding is entirely different compared to Reed’s.

But if you are after speed and gaps primarily, you should also watch Mike Hoder do his thing.

Friendly Reminder: Save Up To 50% On Source! (Click Banner)
Disclosure: The BMX Dude's content is free & reader-supported. I may earn a commission if you click & buy through my links. Your support helps me create the best content & make a difference. Thanks! 🤘
bmx streetbsdreed stark 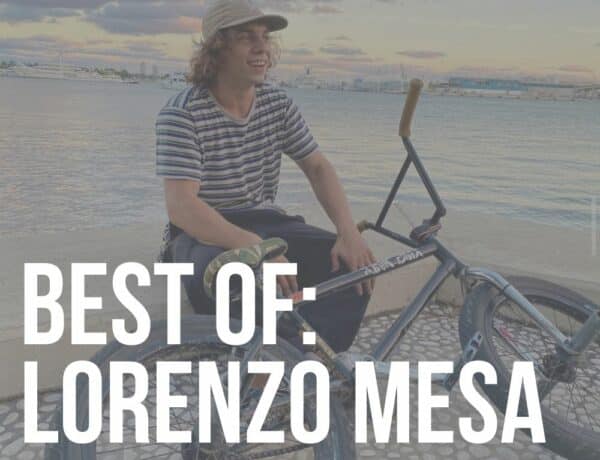 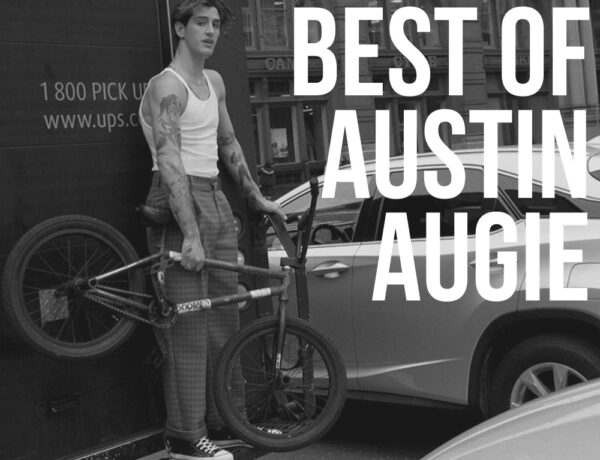 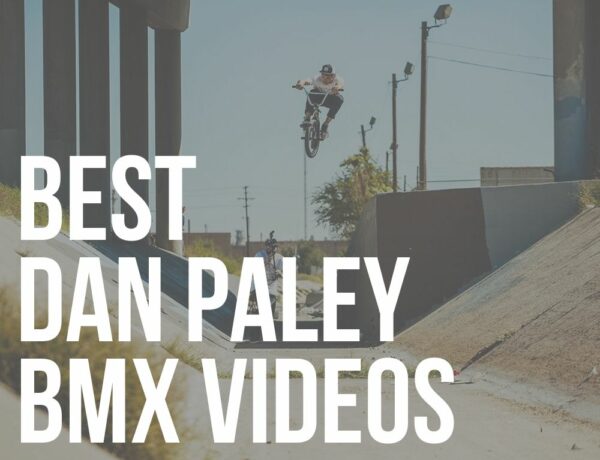